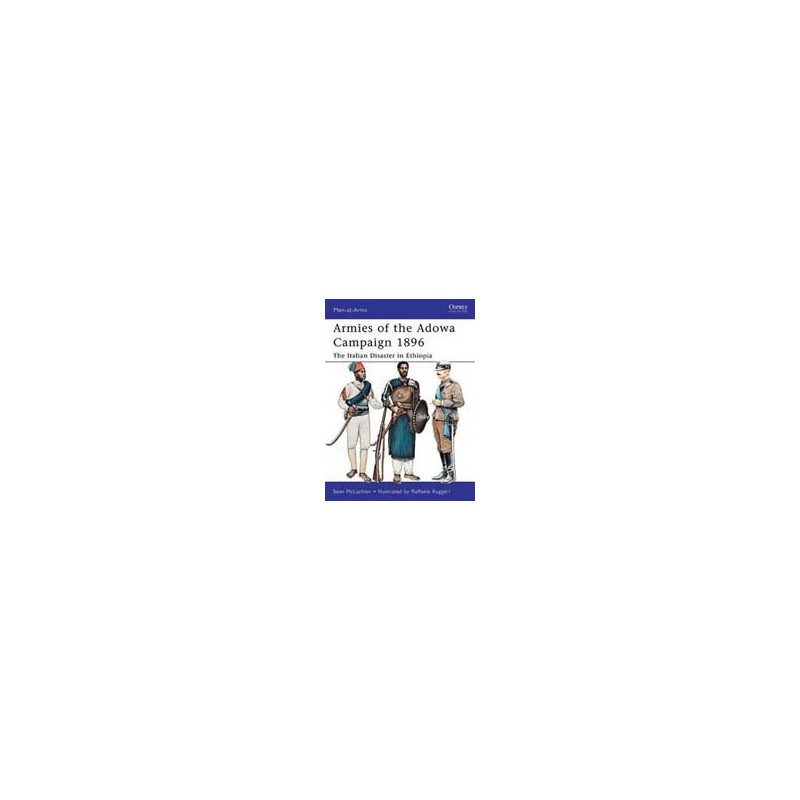 Armies of the Adowa Campaign 1896 - The Italian Disaster in Ethiopia

Textes en anglais - In the late 19th century, the new nation-state of Italy was eager to join her European neighbours in creating an international empire, and her eyes turned toward Africa as a source of potential colonies. Securing a foothold in Eritrea on the Red Sea coast, the Italians quickly became embroiled in a shooting war with the Ethiopians. The war proved a disaster for the Italians, who suffered three major defeats against the forces of Emperor Menelik’s army, including a horrendous massacre at Adowa, the largest defeat of a colonial army prior to World War I. This book looks at the campaign with an emphasis on the colourful uniforms worn by both sides.