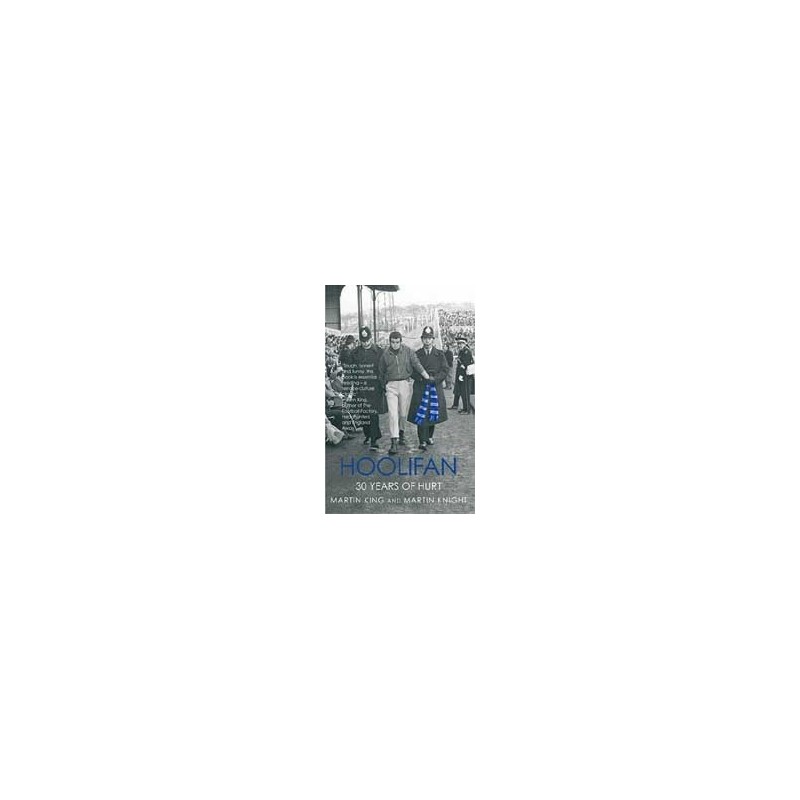 Livre en anglais. Football-Hooliganisme. Pour les fans de Chelsea et ses fameux Headhunters. Hoolifan is the story of one man, Martin King, and his experiences spanning three decades with the country's leading soccer gang. Chelsea, quite simply, have always been at the cutting edge of football hooliganism, and King himself has been at the heart of the evolving Chelsea mob for most of those 30 years. From his first visit to a football ground in the early 1960s, he charts his development from a rattle-waving child, through to a fully fledged member of the notorious Chelsea Shed in the 1970s, and finally exploits as a key player in the most feared football gang of the 1980s and 1990s--the Chelsea Headhunters. At times funny, sad and shocking, Hoolifan describes the leading characters of the various eras, not just from Chelsea but from across the country. Their fame at times was as great among young working-class males as that of many celebrities and their legends have become an integral strand of urban mythology, but King was there and knows what really happened. He grabs the reader by the collar and drags us through the confrontations that the Chelsea boys craved. Famous fights, ends being taken, frightening chases, meticulously planned ambushes and dark acts of revenge are all recorded here in vivid detail, as is the camaraderie amongst the gang members. This is not just another book on the well-trodden subject of football violence. Thus far most of those books have been written by voyeurs, fantasists and academics, but unlike previous authors Martin King makes no attempts to distance himself from the violence and leaves the reader to draw his own conclusions. However, King's views, observations and arguments are likely to do more to place the phenomenon of football hooliganism in its true social context than any previous work.